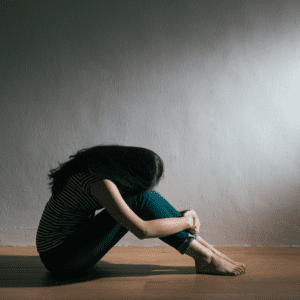 Today, there are more reported suicides than ever before. From the pre-teen to the teenager to the adult. Whether it be from isolation, loneliness, feeling like you don’t measure up, a death in the family, relationship failures, a failing economy, uncertainty, families splitting up or not speaking over political or religious differences, people haunted by an abortion, the list goes on and on, people are hurting.

My parent’s divorced when I was ten years old. I still remember exactly where I was when my father told me he was leaving.  It’s imprinted on my brain forever. Even at that young age, I decided then and there, I would never do “that” to my own children. Unfortunately, I failed to keep that promise and divorce robbed my girls and myself of God’s design for family. I’ve paid a steep price with interest because of it, as have my daughters. Friends, be very wise whom you choose to marry and have children. But that’s another post. Moving on.

In my first marriage (my two oldest daughters’ bio father), it was commonplace for my husband to threaten to leave or divorce me for anything I did or didn’t do. He was fully aware of the promise I’d made to myself as a ten-year-old little girl, as I’m sure this played a part in his constant verbal and physical abuse. He knew full well I would continue to endure it and put up with anything, and I proved it by begging him again and again to stay, in the hopes of keeping my little family together.

So, once again, when I caught him cheating with another woman, this naive, desperate, sad, low-self-esteemed twenty-two-year-old young woman begged him once again to stay anyway. He didn’t want to hear it. Instead, he grabbed me, threw me back in my car, slammed the car door shut and this time, he looked me straight in the eyes as he screamed through the driver’s window, “Get it through your head, I don’t want you!” This time, something clicked.  I knew it was over for good.

It was a devastating blow. I was in a fog, lost and didn’t know what to do. I slowly drove away.

I’m a positive, high-energy person, always have been. It’s a trait I inherited from my father; my siblings are the same. But this realization rocked me to the core. I knew I was headed for divorce. He was leaving this time and I couldn’t stop him.

My girls had no idea their hearts were about to be broken in pieces and I believed it was all my fault. I started wondering things like, if I wasn’t too skinny, too fat, if I were prettier, funnier, smarter, maybe, just maybe, he would have wanted me or loved me enough?

When I look back on that time now, it was like a movie I watched, someone else’s life, not mine. Because I don’t even recognize that young woman. I haven’t for decades.

As I drove away, I watched him in my rear-view mirror, silently hoping and praying I would see him yell, “Come back!” He never did. Instead, I could tell he was so angry, yet at the same time, so pleased with himself.

It was one of the lowest points of my life. I was convinced my life was over, and overly distraught and scared at the thought of being a single mother. My thoughts quickly turned to my girls who were with my mom probably laughing and playing games, with no clue how their lives had forever changed. I would now be responsible for breaking their hearts in the same way mine was broken when I’d have to tell my babies their daddy wouldn’t be coming home.

All these thoughts and feelings were going through my head as I drove through the night and came upon a bridge. As I was crossing it, I could see the water below. I gripped the steering wheel and started to pull right. I was sure it would be over quickly and then I wouldn’t have to deal with this excruciating pain and rejection. In a small fraction of time, I’d convinced myself my girls were better off without this broken, useless, unwanted failure of a wife and mother. If my own husband could discard me so easily, surely it was because I had no value to anyone.

As I continued to contemplate these thoughts and feelings on a two-mile bridge, I heard a small voice say, “No.” And in that same moment, I vividly saw my two beautiful, precious, innocent little girls faces in my mind. I wondered, who would take care of my babies? I imagined them asking, “Where’s Mommy?” I thought of how they’d blame themselves or believe they’d done something wrong. I pictured them as teenagers and adult women forever questioning why they weren’t enough for me to fight through my pain and stay with them?

In that very instant, I snapped out of a dark place. A strange place for me because it’s not my nature to go “there.” I had an epiphany and “woke up” realizing no situation, no matter how bad, was worth giving up my life or ruining the lives of my children.

The rest of the night, I drove extra careful.

Suicide not only ends the life of the one who’s tortured with thoughts and feelings of hopelessness, it also destroys the lives of the ones they leave behind.

If you’re struggling with thoughts or feelings of suicide, if you’ve already made plans to do so, I beg you to get help before it’s too late.

Do a simple search online to hear the testimonies of those who survived attempted suicides, those who jumped off the Golden Gate Bridge and on the way down, cried out, “What have I done? I don’t want to die!”

Your life matters. You CAN make a difference. You CAN be an asset to your family and friends. But you CAN’T do it if you’re dead.

I’ve met several people in my life who thought about suicide or attempted suicide. Today, they’re very grateful to be alive and I’m grateful to call them friends.

Suicide is a permanent solution to a temporary circumstance.

I thank God I kept driving that night. I thank God for that still, small voice, but more so, that I listened. I look around at my fulfilling life today and think about that young, lost, terrified young woman of twenty-two. I tell her, “I’m so proud of you for pushing through. Look around you. Look at what God has used you to do. Look at this beautiful family you have, those ten grandchildren, the incredible friends in your life.”

I would have missed out on so much.

Whatever you’re going through, whatever the circumstance, hold on. Your life has meaning, it has purpose. Your life matters. It will get better. It may not be perfect or come without challenges, but life is worth fighting for. You can turn your pain into a purpose.

Victoria Robinson has been a highly regarded voice in pro-life causes for over two decades. Her speaking engagements span across the world. She is the author of They Lied to Us, a compilation of women’s abortion stories, which is now in its 5th print. Her second book, They Lied to Us Too, will focus on the effects abortion has on men, told by men. She is the mother of four grown, married daughters and has ten grandchildren.