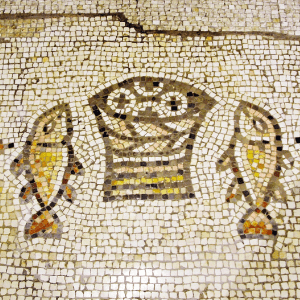 When the church first began in Jerusalem, the believers met in homes for fellowship and worship. Acts 2:42–47 tells us that the early Christians met in homes to hear the apostles’ teachings and to celebrate Communion (which is called “the breaking of bread”). During such gatherings the Christians often shared meals with others in what was called a love feast (2 Pet. 2:13; Jude 12). At these meetings, the Christians recited Scripture, sang hymns and psalms, and joyfully praised the Lord (Eph. 5:18–20; Col. 3:16–17). Christians also gathered in homes to pray (Acts 12:12) and read the Word.

Small groups of believers met in homes for worship quite regularly; and in a city where there were several such ekklēsiai, all the believers would gather for special occasions. Scripture tells us that all the believers would come together to hear an epistle from the apostles read aloud (Acts 15:30; Col. 4:16), and we can surmise from the New Testament record that all the Christians in a city met together once a week on Sunday, which was called the Lord’s Day. 1 Corinthians provides several insights about how the early Christians worshiped together when all the believers in one city met together. We know that 1 Corinthians pertains to this larger gathering because in 11:20 Paul spoke of all the believers coming together in one place and in 16:2 he spoke of the whole church coming together in one place.

Paul used this epistle to correct the Corinthians’ behavior in the celebration of the Lord’s Supper (1 Cor. 11:17–34) and in the exercising of spiritual gifts during church meetings (1 Cor. 14). Paul’s adjustments reveal his perceptions of a model Christian meeting, and his perceptions were probably developed from actual experience in other church meetings. Paul urged the Corinthians to celebrate the Lord’s Supper together in a manner that reflected Jesus’ institution of that meal. They were to remember the Lord and his death for them, and they were to partake of the bread and wine with all seriousness. At the same time, they were to be conscious of the fact that they were members of the same body of Christ—joined to one another, even as they were joined to Christ.

According to Paul’s presentation in chapter 14, this “body consciousness” should be evident in the way the believers worshiped together. One’s personal experience and liberty should not hinder the coordination of the body in worshiping God corporately. Thus, when the believers exercised their spiritual gifts—whether prophesying, speaking in tongues, providing interpretations of the tongues, or teaching—it was to be done in good order and for the edification of the congregation, not for personal edification. When all the church assembled to worship God, it was to be a display of spiritual unity.