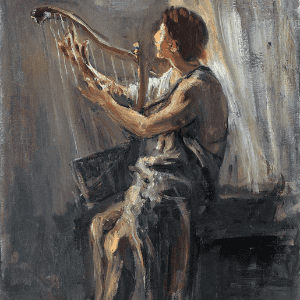 If one were to take the position that only those things that Scripture specifically allows are allowable and those that Scripture does not specifically mention are prohibited, then the perimeters of musical practice in the New Testament would be very limited. There are two basic reasons why this cannot be the case and why the “philosophy” of church music in the New Testament is, in fact, exceedingly broad.

First, the Old Testament was still considered the scriptural authority for the early church (2 Tim. 3:16–17). Hence its broad principles and practices were normative, though now Christ-centered. Second, by maintaining the perspectives on righteousness, faith, and lawfulness inherent in God’s revelation throughout the Old Testament, the writers of the New Testament are careful to maintain these by extension. Hence Paul’s conclusion in Romans 14 that nothing is impure is an extension and a further filling out of the concept of the goodness of creation found early in Genesis.

To Paul, the ultimate right was to avoid the offense of one’s own conscience or that of one’s neighbor. The Judeo-Christian worldview is unique in that it refuses to locate moral causation in the created order. Rather, it places moral responsibility squarely within the human heart. For this reason, the Greek ethos, which says that both the creative and the created orders have an inherent power that implicitly allows humankind to locate virtue or its opposite, is by principle out of place in the Judeo-Christian worldview. Therefore, what the New Testament leaves unsaid about music has a healthy quality.

If such a view were an integral part of Paul’s worldview he would have insisted on the use of music as a powerful source in the overwhelming task of witness and persuasion the church took upon itself. Instead, people were to be persuaded alone by the words and actions of people and ultimately of the Holy Spirit. The gospel was to be preached as the “power of God for salvation” (Rom. 1:16). It seems obvious that Paul intended to keep clear of anything that, to the presuppositions of the unsaved, would have a power of its own and by virtue of this tincture the primary, essential power of the gospel.

Second, the church is instructed to use music, to address itself in psalms, hymns, and spiritual songs. If there are omissions concerning instrumental music or dance, they need not necessarily be construed as wrong. The primitive church was transient, temporarily quartered in homes, ships, beaches, and public squares. It often was hidden away from those who tried to stamp it out. It had no time for anything but the simplest musical devices and activities in its own worship.

More important, certain types of music might have been avoided, not because of an intrinsic wrongness, but by the strong associations in the minds of some that were brought from pre-Christian experiences. However, the governing Christian principle was that whatever was to be avoided was to be avoided because it would offend a weak conscience, not because it was empowered to change behavior.

The distinction therefore between the pagan concept of the empowerment of things and the Christian concept of discernment among things, none of which are impure in themselves (Rom. 14:14) and are not empowered, overrides any opinion that states that the early church set a standard in music that was rigid, unchangeable, and limited. The range of musical practice is rather to be construed as broadly as possible because it is based on a principle that speaks to a total way of life, including music.